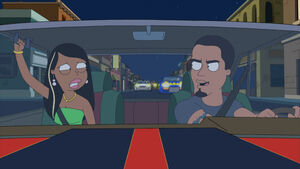 Wilmer Eduardo Valderrama (born January 30, 1980) is an American actor and television personality, known for the role of Fez in the sitcom That '70s Show, hosting the MTV series Yo Momma, and voicing the character of Manny in the children's show Handy Manny.

Wilmer Valderrama provided the voice of Diego in "How Do You Solve a Problem Like Roberta?"

Retrieved from "https://cleveland.fandom.com/wiki/Wilmer_Valderrama?oldid=30960"
Community content is available under CC-BY-SA unless otherwise noted.