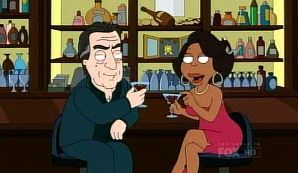 William "Will" Sasso is a Canadian comedian and actor. He is most notable for his membership in the recurring cast of comedians on the American sketch comedy series MADtv, spending five seasons on the show. Will have previously provided a number of voices in Family Guy.

He provides the voice of Donald Trump and Robert DeNiro in "Once Upon a Tyne in New York".

Retrieved from "https://cleveland.fandom.com/wiki/Will_Sasso?oldid=30052"
Community content is available under CC-BY-SA unless otherwise noted.