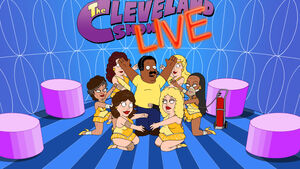 The main premise of Solid Gold consisted of the "Solid Gold Dancers" doing elaborate dances to the top ten hits of the week.

The opening of "Cleveland Live!" features Cleveland performing the opening theme with the Original Solid Gold Dancers, who are depicted as being elderly, out of shape and in poor health.

Retrieved from "https://cleveland.fandom.com/wiki/The_Original_Solid_Gold_Dancers?oldid=24124"
Community content is available under CC-BY-SA unless otherwise noted.