This page is considered an official policy on the The Cleveland Show Wiki.
It has wide acceptance among editors and is considered a standard that everyone should follow.

Below are the standard warning and blocking situations and expected duration, which may be adjusted as needed. Blocks are used to prevent damage or disruption, not to punish users.

If you feel you've been blocked unfairly or by accident, a simple discussion will resolve most of these problems. It is not standard practice to block people from communicating unless they have demonstrated repeated issues. Even if blocked from talking, you should still able to leave a message on your own talk page or on the message wall of the admin who blocked you on Community Central.

A "Stop and Read Block" is used to stop editors that make the same mistakes on multiple pages so they may read the issues with the edit(s) performed. Most "Stop and Read Blocks" are set for fifteen minutes with a few being for up 8 hours. You will receive a notice with the duration and the reason for the block. This is not considered punishment and will end once the user confirms they read the policy or when the time given expires.

Minor standards violations such as failing to follow proper formatting outlined on our page layout guide will result in at least two verbal advice/warnings before a block. These will be accompanied by a link to our policies and guidelines. A third violation may result in a block of at least one day and not to exceed three months. Four or more may result in removal from this wiki. These blocks can be easily removed by acknowledgement of standards.

While everyone is encouraged to edit, not everything added may be noteworthy, needed, correct, or comprehensible. If you are concerned about why your edit was removed and the edit summary didn't clear things up, please direct all inquiries to the talk page of the editor who undid your edit. Ignoring conversation and continuing to restore your contribution, will result in a warning with the explanation as to why it was removed. Continuing to replace it after an answer is provided may result in a block.

Incorrect but well-meaning additions will probably be accompanied by a note as to why they are incorrect. No disciplinary action will be taken unless the editor displays a habit of such misinformation, in which case they move to the next level:

Edits judged to be a deliberate effort to harm the wiki. This includes spam, recurring harassment, repeated copyright violations and no clearly discernible intent to observe our policies 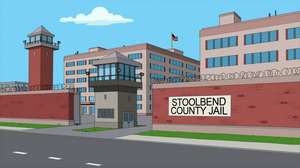 As outlined above, breach of policy may result in a block, the duration of which depending on the severity of the behavior and the likelihood of its repetition. However, the following will be kept in mind:

Blocking indefinitely in general can be avoided in a majority of cases, unless the offense is extreme (i.e.: graphic or sexually explicit imagery uploaded, repeated violations of policy, death threats). Abusing multiple accounts to get around previous blocks, Fandom's Terms of Use violations and unacceptable usernames will be grounds for in indefinite block. Under the latter, a user may appeal after changing said name.