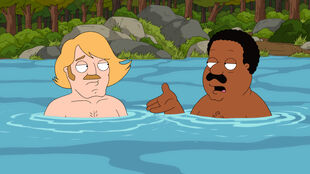 Terry Unmarried
When Cleveland discovers he and his wife are not actually married, and his best friend Terry is gay and in a relationship, they all decide to go to Vermont for a double wedding. 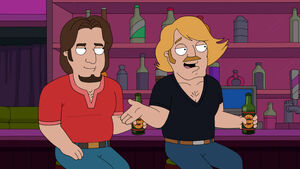 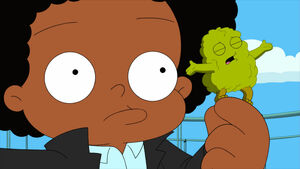 Plot: When Cleveland discovers Donna has Roberta pour out his special coffee, hurt and mad. He demands to know what else she's been hiding from him. She reveals that she never finalized the divorce with Robert. At the bar with the guys, Cleveland knows now that he can go out and party, Holt gives him the details on an new bar, and they go to it. When they arrive, they see it's a gay bar, but get's all in the fun, but leaving to go, they see Terry kissing a man, revealing he's gay. When Cleveland and Donna meet the two, they decide to go to Vermont for a double wedding. At Vermont, Paul say's that Terry is gone and Cleveland looks for him. Finding him in an lake, Cleveland talks with Terry about him leaving, saying that marriage is scary, but Cleveland cheers him up to get married. Finally, the four get married.