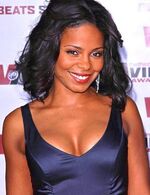 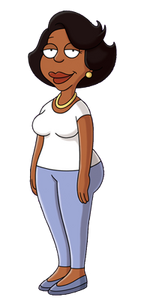 Sanaa McCoy Lathan is an American actress. She starred in numerous movies, including the box-office hits Love & Basketball, Alien vs. Predator, Something New, and The Family That Preys, and was nominated for a Tony Award for her performance on Broadway in A Raisin in the Sun.

She stars as the voice of Donna in The Cleveland Show.

Retrieved from "https://cleveland.fandom.com/wiki/Sanaa_Lathan?oldid=33646"
Community content is available under CC-BY-SA unless otherwise noted.