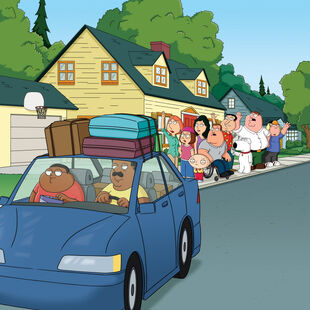 Pilot
Cleveland Brown and his son bid farewell to Quahog. 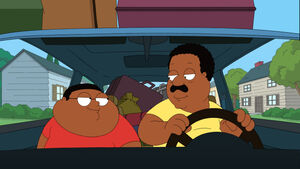 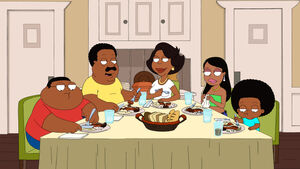 After having his house damaged by Peter once again, Cleveland decides to leave Quahog and head to California to pursue his dream of being a minor league scout for a professional baseball organization. Before he leaves, he says that he wants Lois and Bonnie to kiss each other. They did a regular simple one them started to make out. Everyone seem shocked while Cleveland is happy. While passing through his old town of Stoolbend, Virginia, he sees his old school and heads inside. There he bumps into his old flame, Donna Tubbs. She invites him to stay at her house for a couple of days, where Donna relays to Cleveland how she needs a father figure around for her kids after splitting with her husband, Robert. While at Donna's house, he is introduced to Rallo and Roberta, Donna’s kids, and the neighbors, including the local redneck and the family of bears, which include father Tim, his wife, and son Raymond.

Donna experiences problems with her two kids, and Cleveland agrees to help; this results in him becoming the very person Donna needs around. The inevitable happens, and Cleveland sticks around – after a complication involving the return of her delinquent of an ex-husband, Robert. After a romantic montage, followed by the dismissal of Robert, Cleveland and Donna get married.