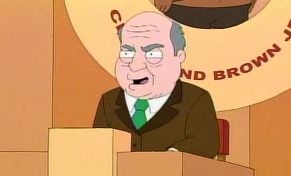 Maurice LaMarche (born March 30, 1958) is an Emmy Award winning Canadian voice actor and former stand up comedian. He is best known for his voicework as The Brain in Animaniacs and Pinky And The Brain. Other notable voicework includes Futurama, The Real Ghostbusters and Batman: Arkham City.

Maurice provides the voice of Don Rickles impersonator Keith Lieb in "Birth of a Salesman".

Retrieved from "https://cleveland.fandom.com/wiki/Maurice_LaMarche?oldid=30513"
Community content is available under CC-BY-SA unless otherwise noted.