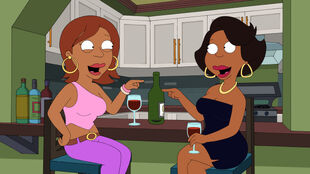 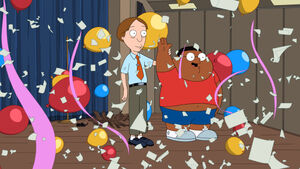 Cleveland and Donna get together with the neighbors, but while Cleveland is enjoying himself, Donna is less than thrilled and gives Cleveland the cold shoulder. When invited to spend more times with the neighbors, Donna decided to sneak out and spend more time with her old friends at a single mothers gathering. Getting away from Cleveland helps spark the relationship. Cleveland finds out that she wasn't spending time with the other wives but gets distracted. While on a day out tubing down a river with the kids, Cleveland stumbles across Donna and her friends who are shocked to find out shes married. Donna is forced to tell the truth to Cleveland who is at first angry but after spending some time away, comes to realize just how much he cares for Donna. He hatches a plan to help Donna get back together with her friends by acting like a jerk by convincing her friends that their marriage won't last long.