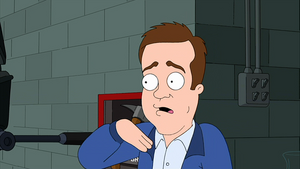 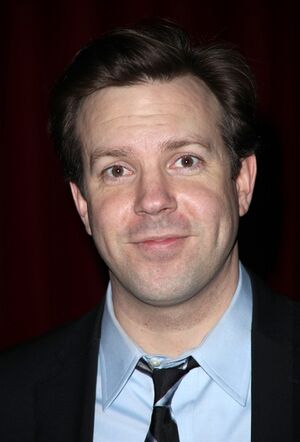 Jason Daniel Sudeikis is an American actor and comedian. In 2003, Sudeikis was hired as a sketch writer for Saturday Night Live at the recommendation of Jeff Richmond, husband of then head writer Tina Fey. In May 2005, became a featured player on the show and left SNL in 2013.

Sudeikis had a recurring role on the NBC sitcom 30 Rock in early 2007, appearing in a total of seven episodes. He played Floyd, a love interest of Tina Fey's character Liz Lemon. He made another appearance as Floyd in a 2008 episode.

Jason stars as the voices of Holt and Terry Kimple in The Cleveland Show. He also appeared as himself in "Once Upon a Tyne in New York".

Retrieved from "https://cleveland.fandom.com/wiki/Jason_Sudeikis?oldid=29402"
Community content is available under CC-BY-SA unless otherwise noted.