It's the Great Pancake, Junior Brown 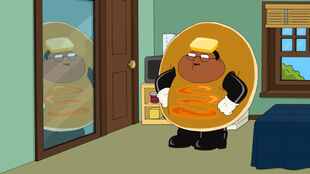 Cleveland Junior in his pancake costume

It's the Great Pancake, Junior Brown
It's Halloween in Stoolbend. 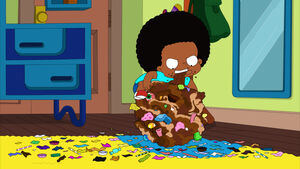 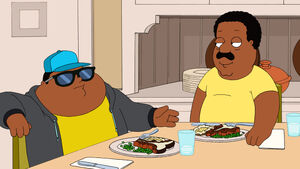 Rallo is told by Donna that he can only have one piece of his Halloween candy per day, so he decides to roll it into one giant piece. Finishing one last stray bite, one of Rallo's teeth come out causing him to panic. After trying to hide the missing tooth from his mother, he decides to hide it under his pillow. When he awakes the next morning, he finds the tooth has been replaced with a quarter. Yelling with fright, he causes Donna to come rushing in and explains what happened. She admits she knows and tells him about the Tooth Fairy.

Previous Episode /// It's the Great Pancake, Junior Brown \\\ Next Episode