How Cleveland Got His Groove Back 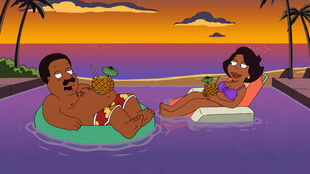 How Cleveland Got His Groove Back
After his confidence is shattered, Cleveland vows to find his mojo again, and decides that a family vacation to Africa will do the trick. 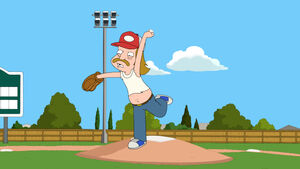 When Lester builds a drag racer, Cleveland nominates himself to be the driver. Despite Lester's objections, Tim and Holt back Cleveland. Disgusted with Cleveland's bragging at The Broken Stool, Lester challenges Cleveland that he could strike him out, although it's later revealed that Lester is incapable of throwing a baseball. At the strikeout challenge, Kendra becomes angered at everyone teasing Lester and reminds him of how he used to throw rocks at skunks. Pretending that Kendra's catcher's mitt is a skunk, Lester strikes out Cleveland and supplants him as a hero in the eyes of the guys. 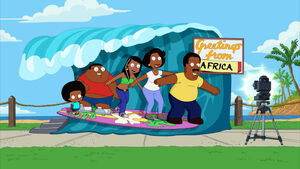 Depressed, Cleveland tries to find a new group of friends without luck. After his confidence is shattered, Cleveland spends several days in bed until Cleveland vows to find his mojo again, and decides that a family vacation to Africa will do the trick. While on a layover in Hawaii en route, Cleveland gets derailed by mai tais, the ocean and plenty of sunshine, and realizes a few days in paradise is actually what he needs. However, to keep him from being disappointed they tell Rallo that they are in Africa and go to elaborate means to pretend that are indeed in Africa. On their return to Stoolbend, they find that the neighborhood has been turned upside down in Cleveland's absence and he is welcomed back with open arms. But at Rallo's school presentation, they find he has documented their trip to "Africa" and quickly leave in embarrassment.

Previous Episode /// How Cleveland Got His Groove Back \\\ Next Episode